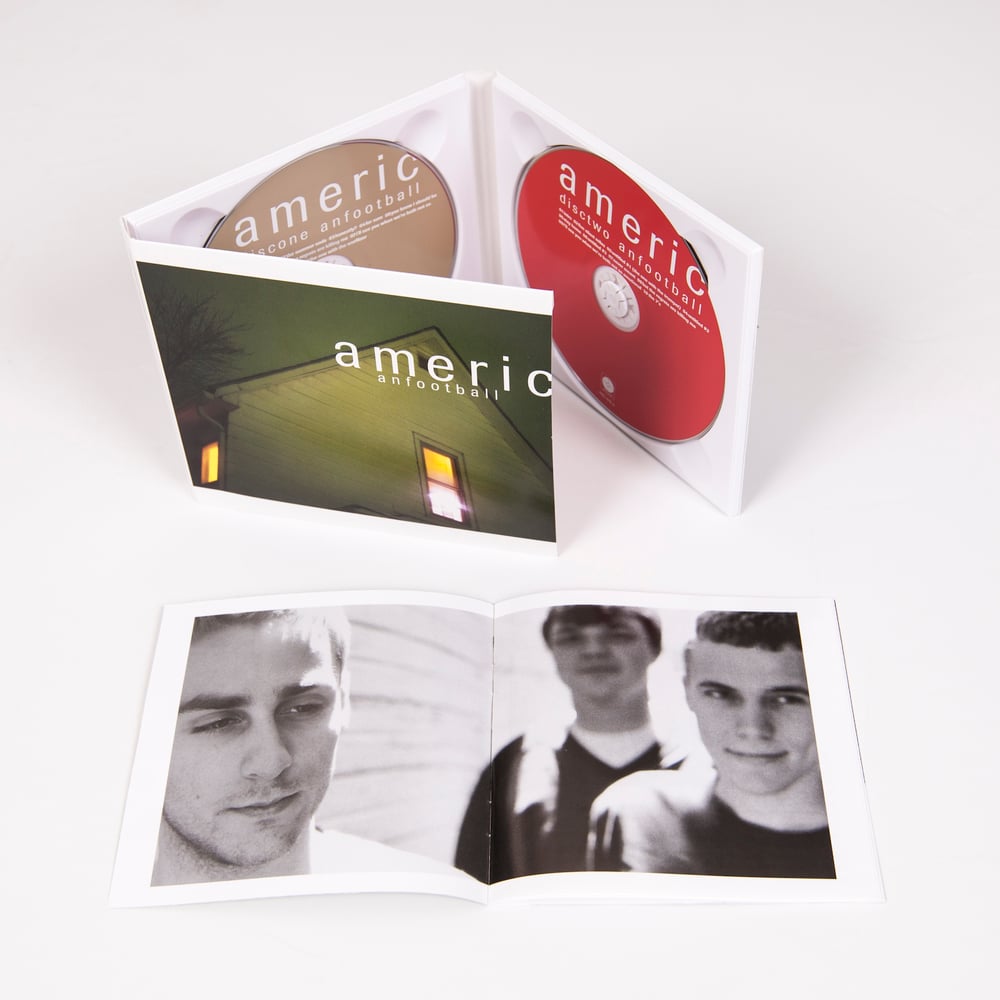 From its now iconic artwork to the band's unique songwriting approach (highlighted by an emphasis on shifting time signatures and sincere lyrics), American Football proves a record doesn't become a true classic through flashiness or catering to trends, but rather the deep emotional connection it forges between the music and the listener.

After guitarist Steve Holmes discovered a set of cassette tapes containing a variety of unreleased recordings, the band curated an album's worth of these rare live recordings, demos, and practice sessions (in which the group rehearsed material they never recorded elsewhere) to complement the original record.

Now available on 2xCD, American Football is being re-issued with beautifully expanded packaging that incorporates new photographs from Chris Strong along with lyrics, detailed liner notes written by the band, and never-before-seen band pictures.